Katie K here.  Now that I’ve joined the House of Shine team, it’s our hope that you’ll find me popping in with a blog post or two.  And today seemed like a great day to do just that!

In preparing for a workshop, I was reading some text written by Jeff Olson titled The Slight Edge. In the book, Olson talks about the impact the daily decision to take a small, manageable action can have over a lifetime when the decision to act is made consistently. I was struck by one particular example in which Olson challenges the reader to imagine two images in their mind. First, a steam of water running down the side of the road after a rainy day and second, the Grand Canyon.

What he then points out is that the only difference between these two images is time. According to many geologists, the Grand Canyon was formed by a steady stream of water consistently running along the clay over the last six million years.  What may seem like an insignificant daily occurrence (streaming water) has made a profound impact (Grand Canyon) by occurring daily over a significant period of time.

This imagery struck me as a great representation of living our shine. Living a life of purpose in which we’re sharing our shine with others isn’t measured by our ability to build a canyon in a day.  It’s measured by the daily decision to wake up and create a steady stream of shine in our corner of the world.  By doing so, we will build the canyon over time.  For me, it was the decision yesterday to sit down with a colleague and teach her my email management system.  Or it was the decision to give the gift of time to a friend for her birthday instead the stuff I could have bought at the store. In the moment, the decision can feel important but not overly significant.  It’s these daily and consistent decisions to live a life of shine that will build our canyons. 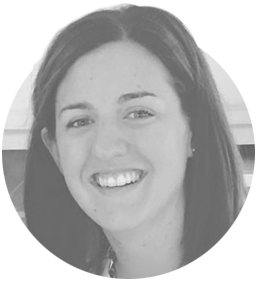 6/6/18 Volunteers showed up in droves yesterday to help House of Shine produce more Shine Tokens. Most recently we’ve used the tokens to deliver messages of hope to high school students, many of whom suffer from... Read More »

5/11/18 Something simple, but fun happened the other day. Katie and I posted our weekly Car Chronicles video to Facebook and a handful of people from my past left thoughtful comments. Two of my favorite comments... Read More »

3/8/17 I have had an aha in the past couple of days about the difference between driving my life and coasting through life. It started six weeks ago when I selected the DO52 verb, “Fit”. DO52... Read More »

3/3/17 Car rides can be perfect places to discover more about your kid’s Shine and even your own. Here is a recent example of an insight I had about my family. Perfectly quiet in the car... Read More »

2/27/17 I saw it again today. Atop an elliptical machine in my gym, with headsets on, I smiled at one of my favorite commercials. Maybe you’ve seen it. It’s the Chick-fil-a commercial where a woman enters... Read More »

1/26/17 Yesterday I wrote about waking up scared and with a pit in my stomach, because of a program the House of Shine was publicly launching for the first time. Last night I went to sleep... Read More »